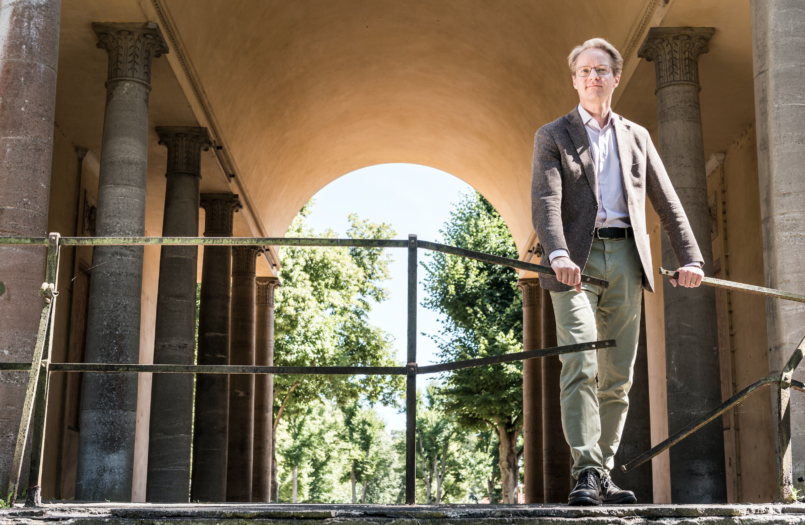 For over eight years, Ferdinand von Saint André was a legal counsel at the German Federal Cultural Foundation (KSB) and thus responsible for handling all the legal concerns of this large international funding body. He also oversaw the new build of the foundation’s headquarters in Halle an der Saale – from the architectural competition to the official opening. He studied Law in Heidelberg and Berlin (second state bar examination) and earned his doctorate in Tübingen with a thesis on international law.

While still at school in 1992, von Saint André was one of the founders of the Verein zur Kunst- und Kulturförderung in den Neuen Ländern e.V., an arts and culture promotion society founded with the aim of organising volunteers to help preserve listed buildings in eastern Germany and thus making a contribution to the German reunification process. That society is still active, with more than 600 members.

“The establishment of the Joachimsthalsches Gymnasium in 1607 was a great leap forward into the future. What kind of great leap forward might a present-day school make? And how can a pioneering school be embedded both in the local region and in the European context? These are the questions that motivate me.”