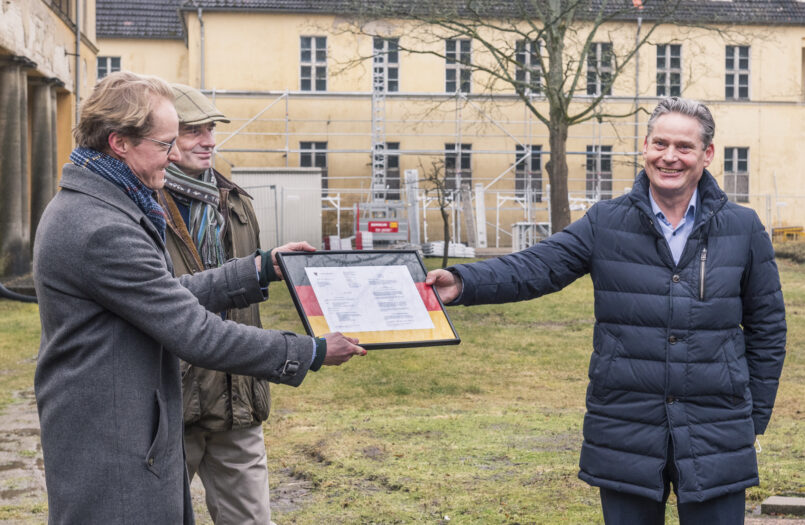 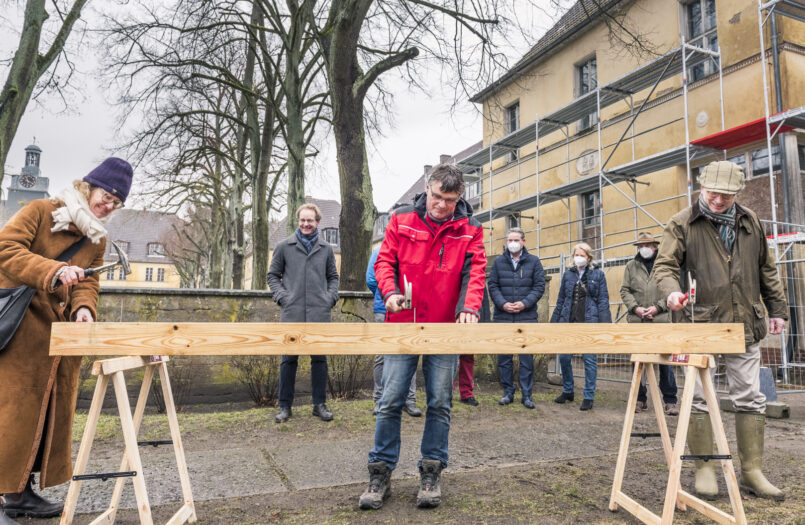 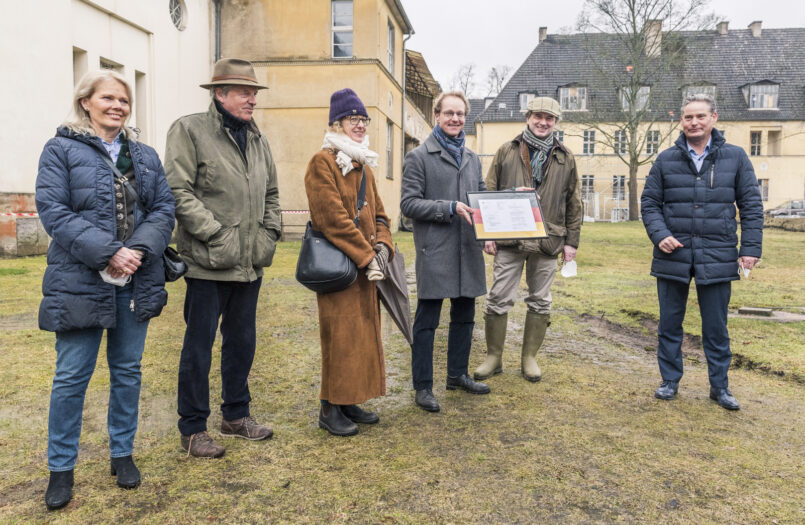 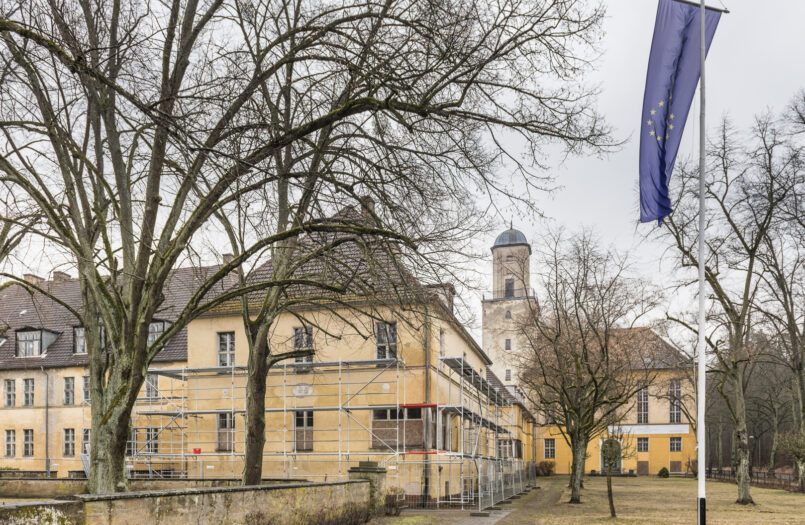 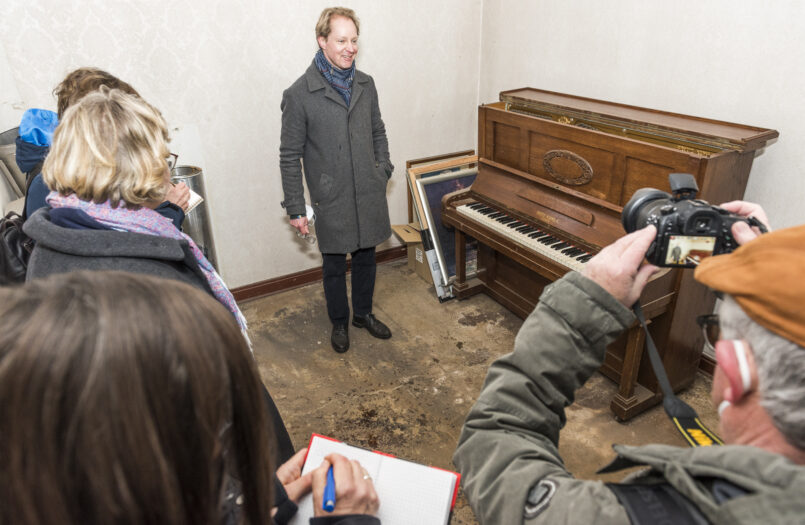 11 March 2021: Work has started on erecting scaffolding around the buildings of the former Joachimsthalsches Gymnasium in Templin. Once the scaffolding is completely in place in mid to late March, renovation work can begin on the roofs of two of the boarding school dormitories (Houses V and VI).

The available funding amounts to €900,000. Half of that comes from a federal monument preservation programme, while the other half has been provided by Deutsche Stiftung Denkmalschutz, the City of Templin and private donors. After German Bundestag member Stefan Zierke (SPD) handed over a cheque for the federal grant, master carpenter Harmut Wagener and two of our board members, Henrike Reemtsma and Frank Höfermann-Kiefer, gave the official starting signal for the work to begin.

Last year we worked out our master plan for the European School Templin with Potsdam firm of architects Kühn-von Kaehne und Lange and Berlin project and property management firm Kroschewski Holzrichter. The collaboration produced an extensive document that covers all the aspects involved in converting the former royal school into an innovative European School plus boarding facilities, from the general conditions and construction planning to the costs.

“I’m delighted that it’s finally kicking off. The past year has shown us that European cooperation is more important than ever. At the European School Templin we will educate active, social and skilled young people who will help form a strong European community.”
Anke von Arnim, Baroness of Reitzenstein, Board Member of the charitable foundation

“I am very happy that renovations are now beginning after all the years of preparation. I would like to warmly thank everyone who has accompanied us along our journey thus far. The European School Templin (est) will be a flagship for the region.”
Ferdinand von Saint André, Executive Director of the charitable foundation

A surprise awaited us during the clearing out work: when a room that had long been closed was opened up, Executive Director Ferdinand von Saint André and workers on site found inside a functioning piano dating from 1930. We’d like to imagine that it was once played by the late Joachim Kaiser, who went to become a well-known music and literary critic for the Süddeutsche Zeitung.