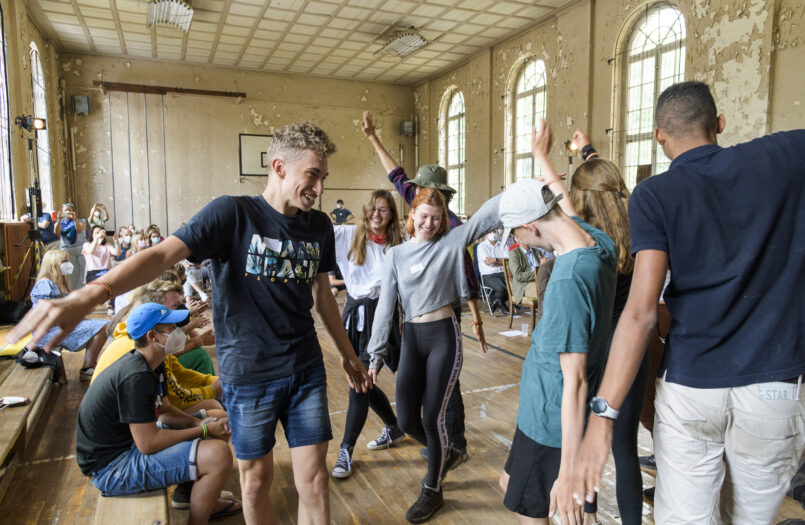 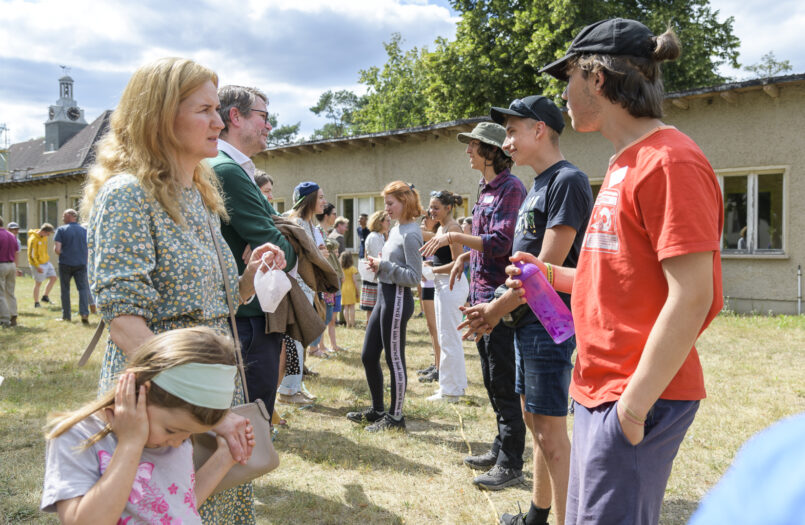 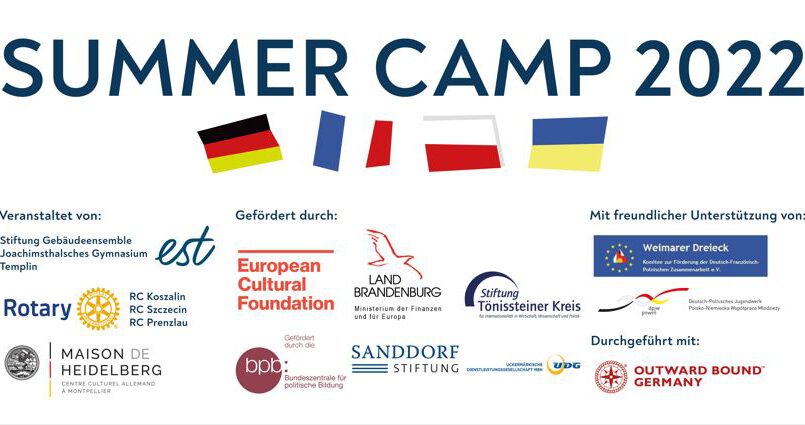 48 students from Poland, France, Ukraine, and Germany set off from Drawno, Poland  to Templin, Germany on 10 July. On 23 July, we welcomed participants together with their parents, guests and interested parties to the premises of the future European School Templin (est).

Many young people on the premises, a mixture of Polish, French, German, English and Ukrainian spoken, hustle and bustle. That afternoon, the future of the European School Templin was tangible.

The adventure on foot, by bike and canoe from Poland to Germany took two weeks. We celebrated the courage, stamina and European togetherness of the participants with a colourful programme.

Our patron, “First Lady” Elke Büdenbender, took the time to talk to the young people about their experiences. She received first-hand travel reports, heard about small and big challenges. A route map and a map of Europe with the places of origin of the young people in Germany, Poland, France and Ukraine illustrated the stories.

At the ceremony in the historic gymnasium, Ms Büdenbender reminded the audience of the very serious situation in Europe due to Russia’s war in Ukraine and break caused in the lives of the young Ukrainians by the war. In line with the vision of the est, Ms Büdenbender concluded her speech by emphasising the power of friendships that transcend borders: “You are our future. The friendships you form across nations today are the foundation of a peaceful living tomorrow.”

Mr Michel, Chairman of the Templin City Council, pointed out the importance of the school project not only for the city of Templin, but also for the European project. He warned: “It is not when the Euro fails that Europe will fail, but when the friendship between Europe’s youth fails, Europe will fail.”

Christine Mangold, Managing Director of Outward Bound emphasised the importance of togetherness after the first phase of the pandemic. Outward Bound is the outdoor education facilitator that accompanied and looked after the young travellers day and night over the past two weeks. The speeches were followed by presentations of the participants. There was singing and dancing, a best-of travel video was shown and some participants talked about their personal experiences during the camp. The most important insight was probably that the short, but intensive time together has produced real friendships across language and cultural boundaries. This was also felt by the audience in the packed gymnasium. The presentations received enthusiastic applause from the audience.

In the following “speed dating” the guests had the chance get to know the participants and to learn more about their experiences on the journey, their ideas about Europe, and also about their personal goals and wishes. After refreshments, a concert followed by the spontaneously formed duo of Pauline from Templin and Maksimillian from Poland, climaxing with Pink Floyd’s “We don’t need no Education”. Even without education in the classical sense, the young people learned a lot about themselves, life in nature and the power of acting together during these two weeks.

For further information please refer to the following documents: